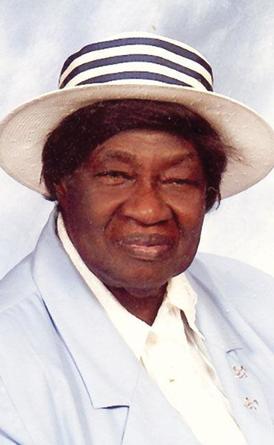 Reverend Sybil E. Harris, age 89 of York, died Friday, Jan. 26, 2018 at York.
She was born on March 13, 1928 in Guyana to Samuel and Rosalie (Frederichs) Lowenfield. Sybil was the youngest of six siblings, and throughout her life always worked in the church.
Sybil attended and graduated from the Nazarene Theological College in Trinidad, West Indies. She came to the United States in the late 1970’s, and spent a brief period of time in New York City prior to coming to York. After coming to Nebraska she became an Ordained Minister through the Nazarene Church. She worked as a guard at the Nebraska Correctional Center for Women, and later became a Chaplain for the women in York. She also worked at Epworth Village, and volunteered her time with the Hearthstone. Sybil always loved her God and church, and found any way to serve Him.
May the work that she has done speak for her.
Sybil is survived by her daughter, Edna Bowen of Windsor Locks, Conn.; grandchildren, Yvonne and Daniel Bowen; two great-grandchildren and two great-great-grandchildren.
She is preceded in death by her parents; two sisters and three brothers.
Funeral services are scheduled for 10 a.m., Wednesday, Jan. 31, 2018 at the New Life Church of the Nazarene, York with the Reverend Dave Martelle officiating. Interment to follow at the Greenwood Cemetery in York. Visitation will be held from 4:30 - 8 p.m., Tuesday, Jan. 30, 2018 with the family greeting friends from 4:30 - 6 at the mortuary in York. Memorials may be directed to the New Life Church of the Nazarene in York.
Metz Mortuary, York is handling arrangements.