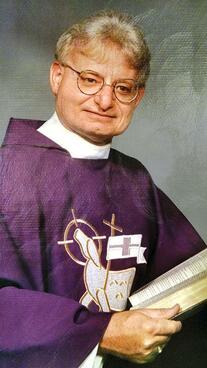 He was the eldest of four sons born Aug. 17, 1946 to LeRoy and Dorthy Haack in York. Following graduation from York High School, Lon was educated at Concordia Teachers College in Seward; Concordia Theology Seminary in Springfield, Ill. and Duquesne University in Pittsburgh, Pa.

As an ordained Lutheran Minister, Lon served congregations in Wisconsin, Pennsylvania and California. Lon traveled extensively throughout the United States, Europe and the Middle East. Lon was supportive of the Arts and studied Labyrinth spirituality at Chartres Cathedral near Paris France. Lon loved living in San Francisco and spent the past 25 years serving as Pastor of the Church of the Resurrection in San Rafael, Ca. Lon had a passion for life and a deep sense of commitment to both family and friendship. Lon viewed life as an incredible journey of discovery and celebrated each day as an opportunity to share his Christian faith.

He was preceded in death by his father, LeRoy Haack. Deceased aunts and uncles include Hilda Haack, Edna and Adam Kaufmann, Bob Ellis, Dee Ellis as well as his sister-in-law Kathryn Haack and cousins Jerry Ellis and Gene Ellis. Grandparents were Clint and Margaret Ellis and William and Bertha Haack.