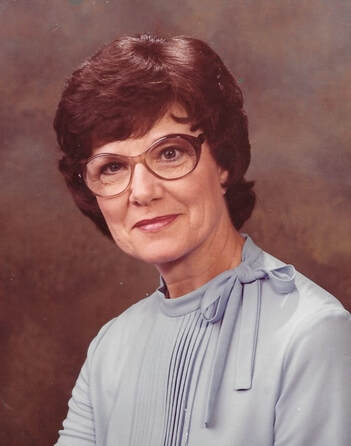 Rena was preceded in death by her first husband of 26 years and father to her boys, Damon Wyatt, her second husband of 16 years James B. Stockman and three of her sons William, Robert, and Rex.  She is survived by her youngest son Tracey, his wife Marla and daughter-in-law Barbara as well as many grand-children and great-grand-children, nieces, nephews, and many friends.

After high school she worked as a bookkeeper for The General Electric Company and after which she spent the next 15 years as a stay-at-home mom before returning to vocational school to become a licensed practical nurse (LPN).  She worked in nursing care then hospital administration while managing the books for the family electrical business before her retirement.  She made quite a few friends at work and continued to correspond with them for decades.

She was a dedicated member of the Church of Christ and raised her family in that faith.  She spent many years cooking weekly meals for her local church family and was always happiest when she was in the kitchen.  She was an amazing home cook and smart dresser!

Rena always had a love for animals.  She would take in every stray she came across and cared for them as one would care for a child.  She was quite the same with people.  While in her medical service career she would often reach out to the lonely and elderly even to the point of bringing them home for a homecooked meal and a caring voice.  She loved to serve, to cook and to care for others.

In addition to her cooking abilities, she was accomplished at knitting and crocheting afghans, booties, sock caps, mittens, doll clothes and just about anything people could use or want from a knitting needle and ball of thread.  She would often make items and donate them to her church for sale as local fundraising events and charities.

Her greatest achievement was her 4 boys and multitude of grand-children and great-grand-children.  In simple terms, she took good physical care of her boys.  She made sure they were always well fed, safe and able to enjoy many of life’s experiences.  She was a Cub Scout Den Mother, Band Parent, and Sunday School Teacher.  Having raised 4 boys, she was tough and able to endure all the boy-energy around her.  At times it was daunting!

Anyone who knew Rena, would say she was a spirited person who spoke her mind and told it as she saw it. Yet, she consistently demonstrated though actions her care for others and sometimes to her own neglect.  Rena never achieved what the world might consider fame and fortune, but she tried to be rich toward God, show her love to her family, friends, and neighbors.  She will be missed but the best way to honor her memory is to exhibit the traits of love, charity, and family dedication she demonstrated all of her life.

Memorial services will be held on Saturday, May 21, 2022 in Kansas City, MO and inurnment will be held at a later date in Illinois. Rena has been cremated. No viewing or visitation. Memorials may be directed to the family for later designation.  Metz Mortuary, York, NE and Bailey Funeral Home, Vienna, IL are handling arrangements.