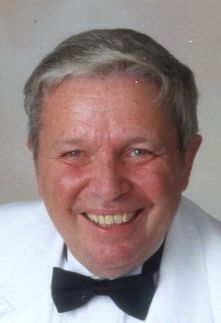 Ray Hansen was known for his acute intellect, insatiable curiosity, near fathomless memory, bad jokes and a loud laugh that startled young children and set flocks of birds skyward. Ray enjoyed traveling with his wife, Sharon, and was an avid golfer.

Ray was born to Clara and Asbjørn Hansen (German and Norwegian immigrants respectively) on January 17, 1938 in Teaneck, New Jersey. His parents instilled a strong work ethic in young Ray which was evidenced throughout his life. He graduated Teaneck High School in 1955 and received a BS Degree from Trinity College in Hartford CT in 1959. He earned an MD from Hahnemann University of Medicine in Philadelphia, PA in 1963. In 1961, Ray married Dorothy Hansen and later divorced.

In 1962, while still in Medical School, Ray was commissioned by the US Army and subsequently interned at Madigan General Hospital at Fort Lewis in Washington, and did his residency at Fitzsimmons General Hospital in Colorado specializing in radiology. He served for nine years and rose to the rank of Major. He was stationed in Washington; Kitzingen, Germany; Colorado; and Okinawa, Japan.

In 1971 Ray left the Army for private practice and moved to Milwaukee, Wisconsin where he worked at Sinai Samaritan Medical Center. In 1995 he moved to York, Nebraska and worked at York General Hospital until 2005 and Great Plains Radiology, in Kearney NE from 2006 to 2007.

Ray held a strong belief in giving back to the community and was an active member and supporter of Boy Scouts of America (BSA), The United Way, and CASA for York County. At BSA, he served in many different roles from Webelos Leader to Scoutmaster to District Chairman: he sat on the BSA Boards of Directors for the Milwaukee Council and the Cornhusker Council. Aside from his institutional role at BSA, Ray embodied the Boy Scout Oath and was a mentor to many young scouts who credit his example and counsel for their betterment.

In his 20 plus years in York, Nebraska, he was an active and visible participant in his community, both as a physician at the local hospital and through his volunteer work, and proved to be a civic leader. He had a strong sense of duty and took great pride in his country. He often extolled the town of York for its ‘small town’ life and congeniality and particularly enjoyed coffee and dinner with friends.

Memorial services are scheduled for 3:00 pm, Thursday, July 12, 2018 at St. Joseph Catholic Church, York, with the Reverend Monsignor James Reinert officiating. Dr. Hansen was cremated so there will be no viewing or visitation. Private family inurnment. In lieu of flowers, memorials may be directed to CASA of York, Boy Scouts of America, and the York Community Foundation.