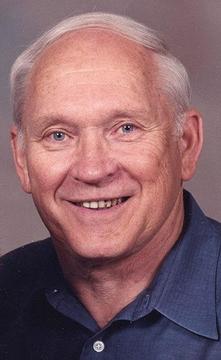 Born on Aug. 7, 1931 to John B. and Frances (Prokop) Svehla and raised in Friend, where he graduated from high school, Ray Svehla went on to graduate from the University of Nebraska-Lincoln and the University of Nebraska-Lincoln College of Law in 1954. Ray and his family moved to York in 1956 upon serving in the Army. He practiced law in York for over 40 years. Ray married the love of his life, Anabel “Ann” Svehla on Dec. 25, 1951. Together they were blessed with four children, Cheryl Seib, John Svehla, Jean MacDonald and Karen Olin.

His greatest joys in life were his wife of 65 years, children, grandchildren and great-grandchildren.

Ray is preceded in death by his parents, John and Frances Svehla; wife of 65 years, Anabel “Ann” Svehla; two brothers, Bern Svehla and Don Svehla. He is survived by his brother and sister-in-law, Robert (Fern) Svehla and by his four children, Cheryl (Tom) Seib of Lincoln, John (Karen) Svehla of Lincoln, Jean (Stuart) MacDonald of Melbourne, Fla. and Karen (Terry) Olin of Omaha; nine grandchildren, Sarah (Dan) Beaudoin of Minot, N.D., Greg Seib of Lincoln, Ryan Seib of Lincoln, Justin Svehla of Wichita, Kan., Trent Svehla of Omaha and Jessica (Brett) Nelson of Orlando, Fla., Cole Heckman of Denver, Colo., Jack Cenovic of Omaha and Claire Cenovic of Omaha and three great-grandchildren, Peter, Paul and Claire Beaudoin.
Services will be held at 2:30 p.m. on Thursday, Nov. 9, 2017 at First United Methodist Church in York. A gathering with the family will follow the memorial services from 3:30 - 6:30 p.m. in the Fellowship Hall at the church. Private family inurnment will take place in Greenwood Cemetery in York.

​In lieu of flowers and plants, memorials may be made to the First United Methodist Church of York or to the family for further designation.