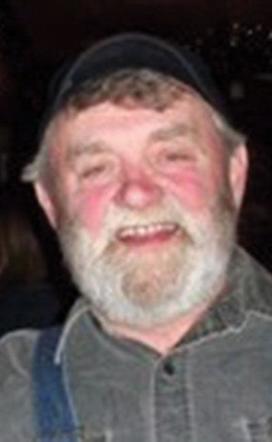 Randall “Randy” “Cuddy” J. Cudaback, age 67, of Waco, died Sunday, Dec. 17, 2017 at Lincoln.
He was born on Feb. 8, 1950 at Pickstown, S.D. to Curtis and Virginia (Bellows) Cudaback.
“Cuddy” was a longtime employee of the BNSF Railroad as a machine operator retiring after over 30 years of service. He was a member of the American Legion Ronald Porter Post #341 in McCool Jct., was formerly a Boy Scout, loved to deer hunt, fish, gardening, caring for animals, family and friends. Loved Husker football and was an avid card player especially “Yuker.”
He is survived by his sisters, Linda (James) Childress and Ronda Pagel all of Lincoln and Dette (Louis) Perschke of Huachuca City, Ariz.; one brother, Greg (Mary) Cudaback of Lincoln and his aunt Virginia Fuller of York. Twelve nieces and nephews along with 12 great-nieces and nephews, several cousins and many close friends.
He was preceded in death by his parents; his Aunt, Ruperta “Pert” Covey, along with other family members.
A Mass of Christian Burial will be held at 2 p.m., Thursday, Dec. 21, 2017 at St. Joseph Catholic Church in York with the Reverend Monsignor James Reinert officiating. Burial with full Military Honors to follow in Pleasant Ridge cemetery southeast of McCool Junction. Memorials to the American Legion Post 341 in McCool Jct or to the family. Visitation will be from 2-8 p.m., Wednesday, with his family greeting friends from 6 - 8 p.m. at the mortuary in York.
​Metz Mortuary, York is handling arrangements.