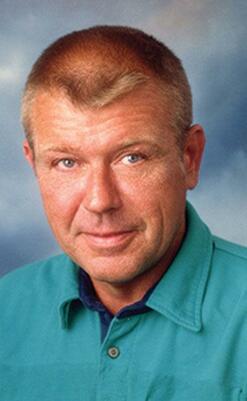 He was born Feb. 4, 1954 in York to William R. and Lorraine (Mazankowski) Burhoop. Ralph was employed at York General Hospital for over 25 years in the maintenance department.

Ralph was married to Gay Chambers and later divorced.

He enjoyed fishing, camping, gardening, was an avid outdoorsman, loved to work on cars, and enjoyed working on house projects.

Ralph is survived by his sons, Phillip (Jenny) Burhoop of Savannah, Mo.and Brian Burhoop of Omaha; daughter, Anna (Andy) Loy of Rapid City, S.D.; grandchildren, Will Burhoop of Savannah, Mo. and Mason and Carter Loy both of Rapid City, S.D. He is also survived by his brother, John Burhoop of Benedict; sisters, Diane Lemke of Bennett and Toby (Bill) Kauffman of York along with several nieces, nephews and a host of friends.
​
He was preceded in death by his parents; brother-in-law, John Lemke and niece Jennifer Lemke.
Memorial services are scheduled for 10 a.m. Wednesday, Aug. 30, 2017 at the Metz Chapel in York with Leroy Hoyer officiating. Private family inurnment will be held at a later date. Cremation, no viewing or visitation. Memorials may be directed to York Adopt-A-Pet.