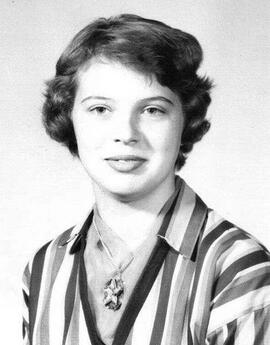 She was born January 31, 1942 in Stella, NE to Don and Marjorie (Selk) Gilbert. She was united in marriage to Duane Volkmer on October 6, 1958 in York, NE. The union was blessed with six children, Russ, Julie, Mary, Lisa, Jeff and Andrew.

Phyllis was a member of the First Baptist Church in Beatrice.  She was a great cook and enjoyed get-togethers with her children and grandchildren.  She loved reading, writing  letters and sitting on her front porch watching the birds and enjoying nature’s beauty.

She was preceded in death by her parents, husband, sisters Wanda Perez, June Bourke and Donna Ferris.

Funeral services will be held at 10:00 am Monday, March 21, 2016 at the Metz Chapel in York, NE with the Reverend Clayton Lundstedt officiating.  Interment will follow in the Exeter Cemetery.  Visitation will be from 1-9 pm Saturday and Sunday at the mortuary.  Memorials may be directed to the family for later designation. ​