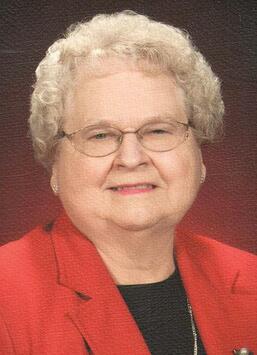 She was born Sept. 25, 1935 at Gresham to Orville and Alma (Erks) Hans. Phyllis was united in marriage to Vern L. Mullner on Oct. 4, 1953 at Gresham. Two daughters, Marsha and Sherri, were born to the union. Phyllis was previously a member of St. John’s Lutheran Church in Cordova and currently a member of Faith Lutheran Church in York and enjoyed playing cards, cooking, sewing and embroidering.

Funeral services will be held at 2 p.m., Wednesday, March 11, 2015 at Faith Lutheran Church in York with the Reverend Arnold Jurchen officiating. Interment will follow in York’s Greenwood Cemetery. Visitation will be from 5-9 p.m. Tuesday at the mortuary. Memorials may be directed to the family for later designation.​