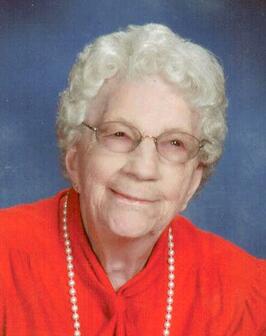 Phyllis was born Nov. 27, 1921 in McCool Junction to Clinton and Lela (Larkin) Graham. She was baptized in the Blue River. She graduated from McCool Junction High School in 1940. She attended York College for two years and then taught at District 73 Centennial rural school northwest of McCool until she married. On Dec. 23, 1945 she married Bernard W. Jaeger at the United Brethren Church in McCool Junction.

After marriage she spent many years helping her husband with farming and cattle in York County and had several part-time jobs. Her last job was full time as a Nurse’s Aide at York General Hospital. She was an active member of East Avenue Methodist Church until its closing and then became a member of First United Methodist Church. She was involved in Win Two Sunday School class, Youth Fellowship sponsor, taught Sunday School and Bible School, United Methodist Women and was Funeral/Courtesy Committee Chairman for many years. She was also a member of the Kan-Du Extension Club. She always enjoyed seeing and being with her family.

Survivors include daughter and son-in-law, Janet and Dennis Gerloff of Hastings; son and daughter-in-law, Gerald and Cathy Jaeger of Benedict and son and daughter-in-law, Royce and Linda Jaeger of York; grandchildren include, Annette and Brian Seely of Omaha, Andrea and Chad Frerichs of Hastings and Gabriel and Jaime Jaeger of Milligan; great grandchildren include, Christian, Faith and Isaac Seely of Omaha and Graham and Mackenzie Jaeger of Milligan; nieces, nephews, cousins and other family members.

She was preceded in death by her husband, Bernard in 2009; parents, Clint and Lela Graham; infant brother, Kenneth Graham; sister and brother-in-law, Barbara and Rex Redelfs and a special aunt, Grace Slezak.

Funeral services are scheduled for 10:30 a.m. on Monday, May 9, 2016 at the First United Methodist Church, York with the Reverend Art Phillips officiating. Burial will follow at Vernon Cemetery, southeast of York. Visitation will be held from 1-9 p.m. Saturday and Sunday with family greeting friends Sunday evening from 6 - 7:30 p.m. all at the mortuary. Memorials may be directed to the family for later designation.​