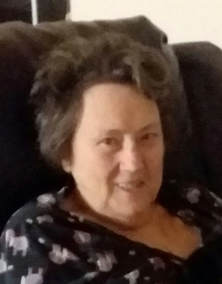 Phyllis Jane Eberhardt, age 72, of York, NE died on Sunday, March 4, 2018 at York. She was born on January 2, 1946 in York to Henry and Ethel (Critel) Brown. In November of 1965, she was united in marriage to Lawrence Eberhardt. They were later divorced.

Phyllis was a member of the First United Methodist Church in York, and worked as a full time Foster Grandmother for many children at the York Public Elementary School. She enjoyed painting, drawing, and cooking for her friends and family. Phyllis made people a priority during her life, and her family was extremely important to her.

​She was preceded in death by her parents, daughter Leslie Saxon, brother Roy, and sisters Shirley West and Joyce McPeck.
Memorial services are scheduled for 10:30 am., Saturday, March 10, 2018 at the First United Methodist Church, York with the Reverend Art Phillips officiating. Private family inurnment. No viewing or visitation, as cremation has taken place. Memorials may be sent to the family for later designation.