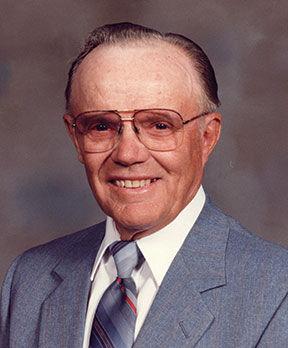 On June 19, 1940 Peter married his childhood friend, Esther Siebert. They were sincerely grateful for the 74 ½ years of marriage that the Lord granted them. He deeply grieved the sudden loss of his wonderful wife and life partner in February, 2015.

Peter accepted Jesus Christ as his personal Savior and Lord as a young teenager. Upon profession of his faith, he was baptized in 1938 and became a lifelong member of the Bethesda Mennonite Church in Henderson.

He enjoyed being involved in numerous MDS service projects in various states as well as local opportunities such a delivering Meals on Wheels, the MCC Canner and serving on the local senior center board. Peter had a real love for the farm. He would recall how he began to plow as a young child with a team of two horses and a walking plow.
He saw the face of agriculture change dramatically in his lifetime. But his interest and joy in it never changed. He was thrilled to be able to drive the combine for his sons yet at the age of 90. Being able to live on the family farm he grew up on and then seeing his sons, Leo and Dale, succeed him in faming gave him much satisfaction.

Preceding him in death are his parents; his wife; infant son, Larry Dean; great-grandson, Joel Gillett; foster son, Dwight Siebert; brothers, Isaac (Rose) Epp and Gustav (Lizzie) Epp; sisters, Martha (Abe ) Thiessen and Sarah (Jake) Rempel; brothers-in-law, Almon (Erma) Siebert, Walter Siebert, Arnold (Marie) Siebert and sister-in-law, Selma (Aaron) Goertzen.
Graveside services will be held at 9:45 a.m., Saturday Sept. 9, 2017, at the Bethesda Mennonite Cemetery. Memorial services will follow at 10:30 a.m. at the Bethesda Mennonite Church in Henderson. Visitation will be from 1-9 p.m. on Friday Sept. 8, 2017 at Metz Mortuary in Henderson with the family greeting friends from 7-8 p.m. that same evening at the mortuary in Henderson.
​
Memorials may be designated to the MCC Canner or Bethesda Radio Fund.