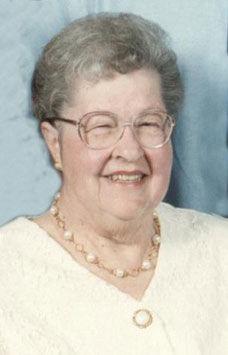 She was born Oct. 21, 1926 in Verdon to Thomas and Goldie (Harding) Schneidewind. Pauline was united in marriage to John D. Houston on Jan. 12, 1946 in Julian. The couple owned and operated the Houston Time Shop in York for 50 years. Pauline was a member of First United Methodist Church in York and enjoyed crocheting and spending time with her family.

Pauline was preceded in death by her husband and sister, Bernice Housh.

Pauline has been cremated and her family will hold private family services at a later date. Memorials may be directed to the family for later designation.​
Condolences may be emailed to Metz Mortuary Messages will be given to the family.