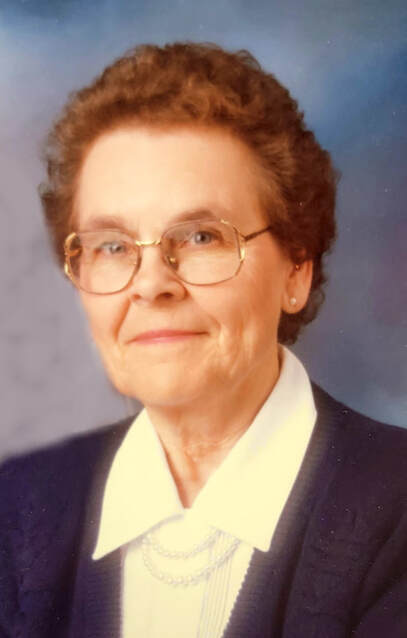 Patricia Ann Regier, age 84 of Henderson, Nebraska, died Sunday, January 9, 2022 at Henderson. She was born on January 16, 1937 to Abraham P. and Ann (Janzen) Ratzlaff in rural Henderson. On October 28, 1958, Patricia was united in marriage to Levi Regier in Henderson.

Patricia was a clerk at the Henderson Post Office for several years. She was a member of Bethesda Mennonite Church in Henderson, where she belonged to Mission Circles and Singspiration. She was also a member of the 3L Friendship Club, enjoyed playing cards, and traveling the USA on motorcycle. Most important to Patricia was her family and her passion for her children and grandchildren.

She is also survived by her brother Ragene “Jim” (Marcene) Ratzlaff of Henderson, sister Maxine Regier of York, NE, and sister Carol (Ron) Thomas of Henderson; several nieces and nephews.

She was preceded in death by her parents, husband, sister Shirley Ratzlaff, daughter-in-law LeeAnn Regier, and grandson Kevin Bayer.
​
Funeral services are scheduled for 2:00 pm, Thursday, January 13, 2022 at the Bethesda Mennonite Church in Henderson. Burial will follow in the Mennonite Buller Cemetery, southeast of Henderson. Visitation will be held from 1-9 pm on Wednesday, with family greeting friends from 7-9 pm at the mortuary in Henderson. Memorials may be directed to the family for later designation.
​
​Condolences may be emailed to Metz Mortuary Messages will be given to the family.
Find our featured Mortuary in Family Services, Funeral Services and Grievance Services featured as a York, Nebraska Business in York Marketplace.
Location: Metz Mortuary | 109 South Lincoln Ave | York, Nebraska 68467 | Phone: 402-362-3351