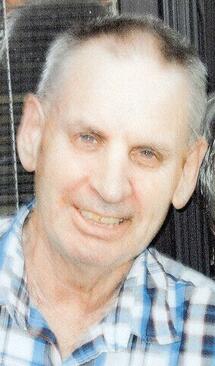 Owen Eugene Gunn passed into the presence of his Savior, Tuesday, Feb. 28, 2017, at the Henderson Care Center at the age of 78 years.

Born in Lincoln to Burdette Gilbert Gunn and Delcie M Owen, Owen had a difficult childhood. When his father died in a tragic accident, Owen was placed in various orphanages including the Beatrice State Homes. Though born with mental and physical difficulties, Owen still found life beautiful and exciting. There wasn’t a person Owen didn’t consider his friend. And Owen Gunn knew how to pray!

Owen married Allegra Pankratz on July 15, 1972, in Lincoln. Together, they worked at various jobs until they moved to Henderson to be closer to family. In 2002, because of declining health, Owen and his wife moved into the Henderson Care Center where they resided until Owen’s death.

Left to mourn Owen’s passing is his wife, Allegra of Henderson; one sister-in-law, Cleola Franz along with many nieces, nephews and friends.

Preceding Owen in death were his mother; father and two siblings.