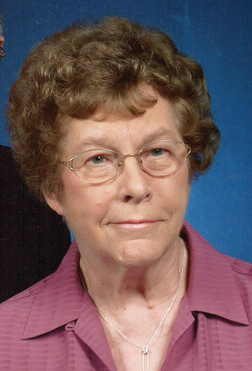 She was born Sept. 1, 1930 on a farm near Goehner to Herman and Minnie (Yoder) Pankoke. She attended Star School District 58 for 8 years. She then graduated from Beaver Crossing High School in 1948. Opal was united in marriage to Max V. Clark on April 4, 1949 in Seward. The union was blessed with four children. They moved to York in April of 1955. Opal and Max loved to travel with the York Fun Club. They went on many trips together and visited all the states except Alaska.

Opal worked for the York School District for 24 years.  She was the Food Service Director for 14 years.  She was a self-taught seamstress. She made everything from doll clothes to a wedding dress. She enjoyed crafts, playing cards and baking. Opal also had a salt and pepper shaker collection with over 200 sets.

Funeral services are scheduled for 10 a.m., Monday, June 15, 2015 at First United Methodist Church in York with the Reverend Art Phillips officiating. Interment will be in York’s Greenwood Cemetery. Visitation will be from 1-9 p.m. Saturday and Sunday at the mortuary with the family greeting friends from 7 - 8:30 p.m. Sunday evening. Memorials may be directed to the family for later designation.​​