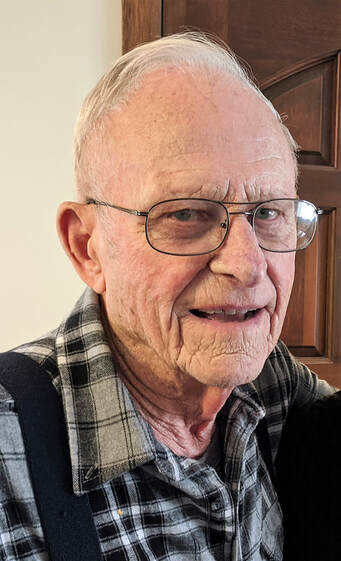 Norman went to Hampton schools, graduating in 1947. He then farmed with his father until 1950 when he enlisted into the United States Navy. On March 22, 1953 he was married to Betty Ehlers at Waco, NE. He was then discharged from military service in 1954 and was a service technician at Cengas Company in York. He was a member of the York American Legion Bolton Post #19, enjoyed traveling and also volunteered at the York General Hearthstone.

He is  survived by his wife Betty of York, his children, Jerry (Christie) Larsen of Manhattan, KS, Cherie (Joe) Neville of St Joseph, MO, Steve Larsen of North Platte, NE and Jon Larsen of York. 7 Grandchildren and 12 great grandchildren and sister-in-law Jayne Larsen.

He was preceded in death by his parents, In-laws, Bill and Louise Ehlers and his brothers, Gene and Melvin Larsen and sister-in-law Darlene Larsen.

Funeral services are scheduled for 10:00 am Monday, January 9, 2023 at Emmanuel Lutheran Church in York with the Reverends Mike Neidow and Ben Kaiser officiating. Military services will be rendered following services at the church. Norman will be cremated following the funeral with inurnment to be held at a later date in York’s Greenwood Cemetery. Visitation will be from 1-8:00 pm, Sunday at the mortuary with his family greeting friends from 2-4:00 pm that same afternoon. Memorials may be directed to Emmanuel Lutheran Church.