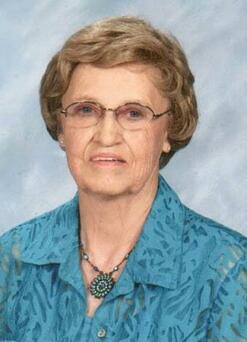 She was born Oct. 26, 1922 at Waco to Henry and Lydia (Gocke) Dinkelman.  She was united in marriage to Ewald Morner at Waco on Feb. 11, 1944 and became “mom” to Kenneth, Donald and Stanley. Following Ewald’s death she moved to Utica. She later married Richard “Dick” Straube on Aug. 27, 1976 and they lived in Burr and later retired to Syracuse.  Dick died in March of 1990.

Nora moved to York several years later where she remained until her death. Nora delighted in taking care of her family and her home. She enjoyed traveling to all 50 states, playing cards and bingo. She was a member of Emmanuel Lutheran Church in York, where she had a very strong faith in Jesus Christ. She enjoyed her daily devotions and Bible study.

She is also survived by her sister Evelyn Staehr of Utica and numerous nieces, nephews and friends.

Preceding her in death were her parents; husbands; son, Stanley; son-in-law, Don Gannon and grandson Danny.

Funeral services will be held at 10 a.m. on Tuesday, Dec. 16, 2014 at Emmanuel Lutheran Church in York with the Reverend Mike Neidow officiating. Burial will be at St. John’s Cemetery, Waco. Visitation was held from 5-9 p.m. on Sunday and from 9 a.m. - 9 p.m. Monday at the mortuary. The family greeted friends Monday evening from 7-8:30 p.m. Memorials may be directed to Emmanuel Lutheran Church or the Lutheran Hour.  ​