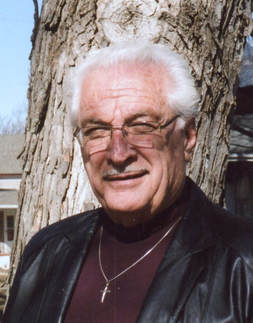 Noel Delyn Vice Sr, age 83 of York, NE died Wednesday, June 6, 2018 at Lincoln, NE. He was born November 27, 1934 at Verdon, NE to Fred and Angie (Woods) Vice. On August 1, 2009, he was married to Charlene Arbuck Olson in York. Noel was a long time York area dry waller for 27 years and then drove truck for over 40 years. As a member of Country Side Bible Church at Hampton, Noel was a very faithful and loving man who loved serving his Lord and Savior. The Lord was first in his life followed closely by his family. He did not know a stranger and children were especially drawn to him. His love of home, flowers, gardening, cars, horses, football and volleyball and last but not least his love of music as he loved to sing. He enjoyed laughing and having a good time with family and friends.

He was preceded in death by his parents, his son David, brothers: Floyd, Ellis and Lester, sisters: Gleatha, Esther, Melva, Gerty, Delores, Phyllis and Elaine; also by his former wives Yvonne and Vera Vice.

Funeral services are scheduled for 2:00 p.m., Monday, June 11, 2018 at Countryside Bible Church near Hampton, NE with the Reverend Rod Goertzen officiating. Burial will be in the Greenwood Cemetery in York. Visitation will be held from 1-8:00 p.m., Saturday and Sunday with his family greeting friends Sunday afternoon at the mortuary from 2-4:00 p.m. Memorials may be directed to his family for later designation.