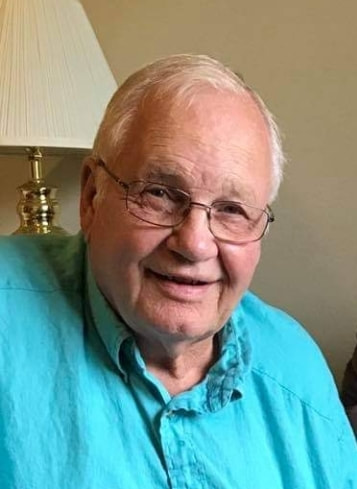 Neil Allen West, age 73 of McCool Jct, NE passed away Thursday, September 23, 2021 in his home near McCool Jct. He was born October 21, 1947 in Seward, NE to Carl and Delores (Winkelmann) West. He served his country in the United States Air Force. On March 6, 1971, he was married to Phyllis Young in McCool Jct. Neil was a longtime member of Ironworkers Local 21 recently being awarded his 50-year service pin. Neil was also a long-time area farmer in the McCool Junction area. He was a member of First Evangelical Lutheran Church of McCool Jct, he enjoyed going to auctions, spending time with his grandchildren and loved a good cup of coffee with his friends. Neil enjoyed history and westerns, and was never shy about sharing his opinions.

He leaves behind his wife Phyllis of McCool Jct, his son Brian (Jessica) West also of McCool Jct and his daughter Kelly West of Denver, CO, four grandchildren, Hailey Reiser, Hunter West, Makenna West and Kynsley West. Also surviving is his mother Delores Nordmeyer of York, his siblings Diane Lovell of Waverly, NE, Anita Neville of York, Leona (Dan) Miller of McCool Jct, Lola (Ralph) Young of Lincoln, NE,  Jan (Bob) Palik of David City, NE and Joan Hladky of Utica, NE. His nephews include Kyle (Pattie) Bailey of York, Terry Baily (and friend Paula) of York and many other nieces, nephews, other relatives along with a host of friends.

He was preceded in death by his father, brother Lynn, nephew Tim Bailey, brothers-in-law Frank Lovell and Dennis Neville.
​
Memorial services are scheduled for 10:30 am, Wednesday, September 29, 2021 at the First Evangelical Lutheran Church in McCool Jct. Private inurnment to be held at a later date in the Pleasant Ridge Cemetery southeast of McCool Jct. Memorials may be sent to National Multiple Sclerosis Society, Cancer fund or his family for later designation. Military honors will be conducted at the church following services with the McCool American Legion Ronald Porter Post. Neil has been cremated so there will be no viewing or visitation.  The memorial service and military honors will be livestreamed on Metz Mortuary’s Facebook Page.
​
Condolences may be emailed to Metz Mortuary Messages will be given to the family.
Find our featured Mortuary in Family Services, Funeral Services and Grievance Services featured as a York, Nebraska Business in York Marketplace.
Location: Metz Mortuary | 109 South Lincoln Ave | York, Nebraska 68467 | Phone: 402-362-3351