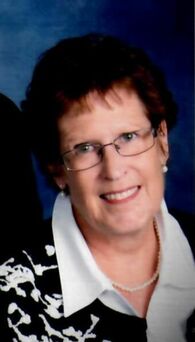 Nancy L. Real age 68 of Fairmont, NE died Saturday, January 26, 2019 at York. She was born January 30, 1950 at Lincoln, NE to Donald L. and Bernice (Thompson) Baker. Nancy graduated from Bruning High School in 1968 and then attended Nebraska Wesleyan University in Lincoln. On August 22, 1971 she was married to Galen Real in Hebron.

Nancy had a great love of the outdoors and a passion for all animals large and small. She found joy in painting and spent a number of years assisting in 4-H programs and always looked forward to the county fair. She sincerely enjoyed her years in the Garden Club using her homegrown produce in her own cooking. She was an active member of the McCool United Methodist Church

She was preceded in death by her parents, infant sister Margaret, sister-in-law Shirley Baker and brother-in-law Dr Jerry Fuller. Father and mother in law Rex and Evelyn Real and an infant granddaughter Sarah Barrow.

Funeral services are scheduled for 10:00 a.m., Wednesday, January 30, 2019 at the McCool United Methodist Church with the Reverend Jeff Adams officiating with burial in the Fairmont Cemetery. Visitation will be held from 5pm-8pm Monday, 9am-8pm Tuesday, with her family greeting friends from 6-7:30 p.m. on Tuesday evening at the mortuary in York. Memorials may be directed to the McCool United Methodist Church or to York County 4-H