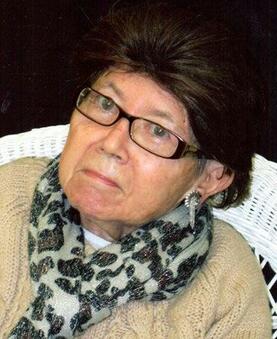 She was born June 28, 1938 in Torroella de Montgri, Spain to Enreque and Ana Seglar. Monste grew up in the Catalunya area of Spain, where she met her future husband, who was stationed as a member of the Coast Guard in L’Estartit, Spain.

She then moved to the United States, where she was united in marriage to James Lee Ekart of York, on Oct. 21, 1969. The couple had one son and lived in several states along the East Coast for a number of years, before retiring to York in June of 1984. Along the way, Montse was granted American citizenship on July 9, 1982, something she remained very proud of through the years. During her time in York, Montse was employed for several years by Best Western Palmer Inn and Hardee’s. Montse loved cooking, taking walks, taking care of her cats, the company of others and spending time with her family. She was a member of St. Joseph Catholic Church.

She was preceded in death by her husband and her parents.

Memorial services will be held at 2 p.m., Tuesday, Dec. 16, 2014 at Metz Chapel in York. There will be no viewing or visitation as it was Montse’s wish to be cremated.

Memorials are suggested to the Parkinson’s Disease Foundation.​