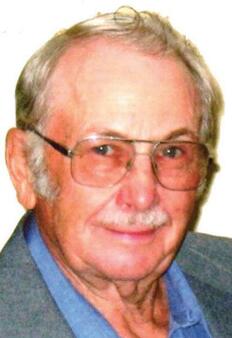 Milton served in the United States Army during the Korean Conflict, having been stationed in Japan as a member of the 407th Engineer Combat Battalion. On Oct. 11, 1953 he was married to Bonnie Marlene Schultz at St John’s Lutheran Church south of Waco. Milton was a member of Peace Lutheran Church in Waco. He was a carpenter, a member of the Waco Volunteer Fire Department for 35 years, enjoyed western movies, and most of all, loved being around his wife, children and grandchildren.

He is survived by his wife, Bonnie of Waco; his daughter, Lisa (Keith) Neal of Norfolk and son, Jay Klepper of Omaha; his grandchildren include Tasha Holloway of Waco, Devin Neal of Lincoln, Halle Holloway of Bellevue and Connor Neal and Maddie Neal both of Norfolk.

Also surviving are two brothers, Kenneth (Marilyn) Klepper of Waco and Allen (Alretta) Klepper of Utica; nieces, nephews and a host of friends.

He was preceded in death by his parents; brother, Arlan Klepper and his wife Darlene and his sister Wilma and her husband Reuben Gocke.

Funeral services are scheduled for 2 p.m. Tuesday, Aug. 23, 2016 at the Peace Lutheran Church in Waco with the Reverend Charles Ramsey officiating. Burial with military honors will be in St. John Lutheran Cemetery south of Waco. No viewing or visitation. Memorials may be directed to the Waco Volunteer Fire Department.​
​
Condolences may be emailed to Metz Mortuary Messages will be given to the family.