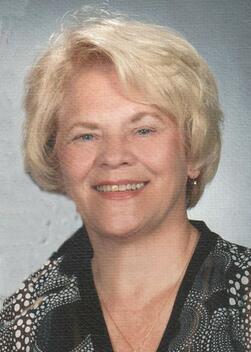 She was born in Anselmo on Sept. 30, 1938 to Leo Albert and Jennie Elizabeth (Lewis) Duryea.

Mickey and Arlin Wiemer met in college and were united in marriage Feb. 16, 1958. They lived in Lincoln for four years and then moved to York in 1962. While living in Lincoln, Mickey worked at Commonwealth Bank. Upon moving to York she joined her husband at ROMANS & WIEMER CPA’S as office manager until her retirement in 2004.

Mickey was very devoted to her church and spent many hours volunteering. During retirement she was an active member of the LWML committee at Emmanuel Lutheran church in York. Mickey enjoyed traveling, baking, reading, watching Husker volleyball/football games, and spending time with her children, grandchildren, and great-grandchildren. Mickey also enjoyed the outdoors and spending many hours in her garden.

Funeral services will be held at 10 a.m. Friday, Nov. 4, 2016 at Emmanuel Lutheran church in York with the Reverend Mike Neidow officiating. Graveside services will be that afternoon at 2:30 p.m. in the Fairview Cemetery, Lincoln. Visitation will be from 1-8 p.m. Thursday at the mortuary with the family greeting friends from 5:30 - 7:30 p.m. that evening.  Memorials may be directed to the Lutheran Hour, Emmanuel Lutheran Church/School, or the Alzheimer’s Association.​