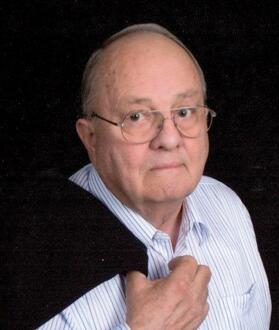 He was born March 14, 1938 in Carroll, Iowa to Nels and Lillian (Lathrop) Thiele. He was veteran having served in the US Army. Mick and Carol Jean Radcliff were united in marriage on June 15, 1957. The couple made their home in York where Mick owned and operated M& H Land Service for over 25 years. He also owned Nationwide Carpets in York. Mick was a member of First United Methodist Church in York and the Legion Club. He enjoyed attending car shows, gun shows, and was proud of his 47 Ford.

Preceding him in death were his parents; brother-in-law, Don Schade and parents-in-law, Howard and Pearl Radcliff.

Funeral services will be held at 10 a.m. Saturday, Nov. 19, 2016 at First United Methodist Church in York. Interment will follow at York’s Greenwood Cemetery. Visitation will be Friday from 1-8 p.m. at the mortuary with the family present to greet friends from 6:30 - 7:30 p.m. Memorials may be directed to St. Jude’s Children’s Hospital or to the family.​