Michelle Ronne
Michelle Ronne, age 49, of York, passed away Wednesday, Nov. 15, 2017.
Michelle Ronne
She was born Nov. 7, 1968 in York to Norman E. and Sharon K. (Albro) Green. On June 8, 1991, Michelle was united in marriage to Ross Ronne in York.
Michelle was a real estate broker and co-owner of Green Realty and Auction in York. She was a member of Emmanuel Lutheran Church in York. She was a York Chamber Ambassador and Co-Chair of Yorkfest. She was also heavily involved in the following organizations: York Rotary Club, CASA, York County Development Corporation, Blue River Board of Realtors. She enjoyed gardening and reading, but most of all, loved her family and spending time with them.
She is survived by her husband, Ross of York; daughter, Breanne Ronne of York and her fiance Eric Egr of Wahoo; son, Evan Ronne and daughter, Morann Ronne of York; mother, Sharon (Roger) Essenburg of Fountain Hills, Ariz.; sister, Kristi (Kelly) Bukaske of York and nephew, Tyler Dewey and his fiancé, Carlee Beaver of York. She is also survived by her grandmother, Evelyn Luthke of York; father/mother-in-law, Max (Karla) Ronne of York and brothers-in-law, Greg Ronne and Marc (Judy) Ronne, both of York.
She was preceded in death by her father and her brother, Scott.
Funeral services are scheduled for 10:02 a.m., Wednesday, Nov. 22, 2017 at Emmanuel Lutheran Church in York with the Reverends Mike Neidow and Ben Kaiser officiating. Interment will follow in Greenwood Cemetery, York.
Visitation will be held from 1-8 p.m. Monday and from 9 a.m. - 4 p.m. Tuesday at the mortuary. The family will greet friends from 6-8 p.m. Tuesday at Emmanuel Lutheran Church.
The family please requests that in lieu of flowers and plants, memorials be given to the family for later designation. 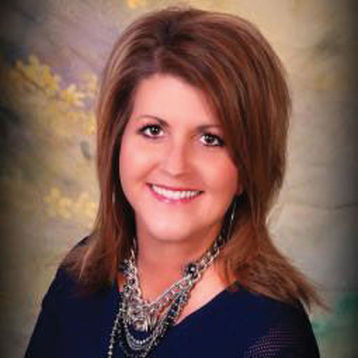