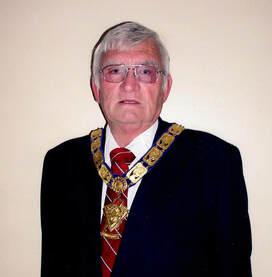 Michael Rupert Bristol, age 71, of York, NE, died Sunday, July 22, 2018 at home surrounded by his family.  He was born January 19, 1947 in York to Rupert and Evelyn (Stuhr) Bristol. In June of 1967 he was married to Beverly Klemsz.  To this union were born three children.   Later they were divorced.   On May 17, 1980 he was married to MaryAnn Bolte. He was a member of Emmanuel Lutheran Church, York and was a self-employed truck driver.

Mike served his country in the United States Army during the Vietnam War.  He was a member of the VFW, American Legion, The Elks and Eagles Clubs.  Mike enjoyed hunting and fishing, as well as dancing, singing, and playing cards with his family and friends. He also enjoyed spoiling his dogs. He loved spending time with all of his family.

He was preceded in death by his parents, first wife, cousin David Bristol, and brothers-in-law Lenny Johnsen, Myron Bolte, and Glen Shockey.

Funeral services are scheduled for 11:00 am, Thursday, July 26, 2018, at Emmanuel Lutheran Church, York. Interment with Military Honors will follow at Greenwood Cemetery, York. Visitation will be held from 4:00 – 8:00 pm, Tuesday, and 9:00 am – 8:00 pm, Wednesday with his family greeting friends from 6:30 – 8:00 pm Wednesday evening at the mortuary in York. Memorials may be directed to the family for later designation.