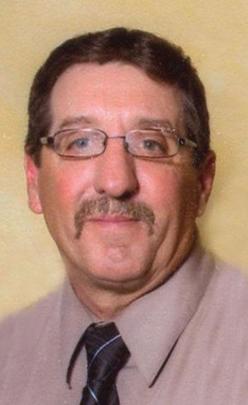 Michael Scott Eikenhorst, age 57, of York, died Tuesday, Jan. 16, 2018 at York.
He was born June 3, 1960 in York to Joseph and Verna (Neujahr) Eikenhorst. On Aug. 23, 1985 he was united in marriage to Tammi Anderson at Emmanuel Lutheran Church, York. Mike was a member of Emmanuel Lutheran Church and served his country in the Army National Guard.
He worked for several years in Masonry and Concrete; however, his favorite job was working as a janitor for Emmanuel Faith Lutheran School. He had nicknames for all of the little children, and they called him Mr. Mike. His Christian Faith was a center point of his life. Mike also coached many 8 and under softball teams, and loved sports. His greatest joy and pride in life was his daughter Moriah and following her in her sport endeavors.
Mike is survived by his wife, Tammi and daughter, Moriah Eikenhorst of York and her extended family Meghan (Chris) Hayes and children John and Cody of Saginaw, Texas; sisters, Connie (Terry) Smith of Fairfield, Ill. and Lori Eikenhorst of Vernonia, Ore.; brother, Jeff (Melissa) Eikenhorst of Fairfield, Ill.; brother-in-law, Phil Kufeldt of Clarks and his father, Joseph (Connie) Eikenhorst of Fairfield, Ill. and best friend/cousin, Todd (Rebecca) Winklemann of Glendale, Ariz.
He is also survived by his uncle, Robert (Donna) Ocken of York; aunt, Evelyn Brandenburg of Columbus; aunt, Mary Eikenhorst of Utica; uncle, Dean Eikenhorst of Texas; aunt, Margie Oswald of Lincoln; his parents-in-law, Gene (Norma) Miller of York; brothers-in-law, Charles Anderson of York, Mike Miller (Pam Jackson) of Mt. Vernon, Maine, Sam Miller of York and nieces, nephews, and cousins.
He was preceded in death by his mother; sister, Vickie; maternal and paternal grandparents; great-niece, Skylar; aunts, uncles, cousins and father-in-law Wayne Anderson.
Due to the possibility of severe winter weather, the funeral for Michael Eikenhorst will be held at 10 a.m.,Tuesday, Jan. 23, 2018 at Emmanuel Lutheran Church, York. Interment with Military Honors to follow at Greenwood Cemetery, York. Visitation will be held Saturday and Sunday from 1-8 p.m., with the family greeting friends from 5-7 p.m. on Sunday evening at the mortuary. No visitation or services Monday. In lieu of flowers, memorials may be directed to the family for later designation.
Metz Mortuary in York is handling arrangements.