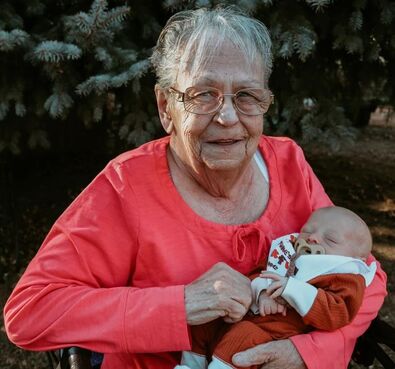 Meta Conkling, age 76 of Stromsburg, NE, died Sunday, December 18, 2022 at York, NE. She was born on August 29, 1946 to James and Charlotte (Devereaux) Eppenstein in Chicago, Illinois. She was the oldest child of a large family. On August 4, 1973, she was united in marriage to Roger Conkling in Rochelle, IL. They later divorced.

Meta had worked as a waitress and then went to work in the office of the family business, Conkling Trucking Equipment, where she also ran parts. Watching her grandkids grow was one of her deepest loves. She enjoyed playing computer games and just being with her family making memories and sharing laughs throughout her life.  She has many family and friends that will miss her dearly.

​Memorial services are scheduled for 2:00 p.m., Friday, December 30, 2022 at the Metz Chapel in York with the Reverend Bob Johnson officiating. Inurnment will follow in York’s Greenwood Cemetery. Meta has been cremated. No viewing, however her family will greet friends from 5-7 p.m. Thursday at the mortuary. Memorials may be directed to the family for later designation.