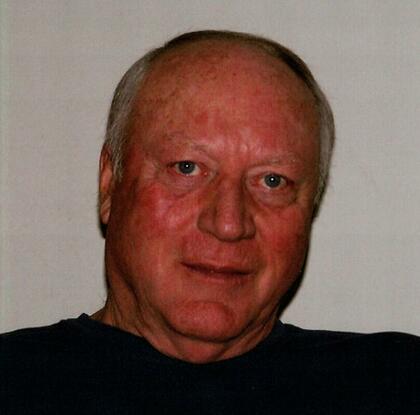 “History is good; as long as it involves hunting & fishing.”

The history of Merlin Gene Stuhr began on November 27, 1944. He was born in York County,
Nebraska to Robert and Lorena (Gocke) Stuhr of Waco. He married Star (Wiese) on
November 25, 1966 and they farm/raised two children, plus the usual cattle, pigs, & horses.

Prior to engaging in farming, he taught math and science at Cambridge H.S. at Cambridge, NE.

Merlin was most content in a boat, a turkey blind, a tent in the sand hills or behind the wheel
of an Alice Chalmers. His favorite pastimes included Bible study, photography, wood working
and chainsaw art. He was a past member in several Waco community organizations.

Merlin passed away suddenly at home on March 3, 2019 at the age of 74. A celebration of life
will take place at a later time with friends and family.

Those left to cherish his memory include his wife Star of 52 years, daughter and son-in-law
Sherry and Paul Huffman of Louisville, NE, son Chad Stuhr of Waco, grandchildren Ariel,
Orion, Madelynn and Cali and their mother Kaela of Utica, NE, brothers Allen (Yvonne) Stuhr
and Arlin (Cheryl) Stuhr of Waco, brother-in-law Vernon (LewJane) Wiese of Beavercreek,
OH, sister-in-law Mary Lee (Richard) Stephens of Waco, NE, plus many nieces and nephews.

The family would encourage that you offer an act of kindness for a random stranger or help
someone "out of a pickle" as we are hearing Merlin did for many.