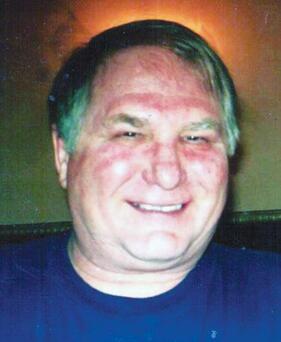 He was born May 15, 1951 in York to Bernice and Martin (Conrad) Peterson and attended school in York. Merle was employed at Champion Home Builders in York for 24 years and then at Hamilton Sundstrand for 17 years after that.

He served in the National Guard for 6 years. On April 8, 2006 he was married to Mona Paulette Simmons at York. Merle loved his family and enjoyed spending time with them. He also enjoyed riding his Harley, collecting old bikes, and was an avid Chevy man. Merle was an animal lover, having had many dogs and cats and was very active with Adopt-A-Pet in York.

He is survived by his wife, Mona of York; nieces, Lisa Peterson of Centennial Colo. and Susan (Eugene) Wiese of Beaver Crossing; nephews, Craig (Amanda) Peterson, Colby (Andrea) Peterson, Jeremy Peterson, all of York; several grandnieces and grandnephews; his sister-in-laws, include Barb Peterson of Bradshaw, Eva Peterson of Wellington, Kan. and Linda Peterson of York.

He was preceded in death by his parents and his four brothers, Marland, Melvin, Myron and Maynard.

Funeral services are scheduled for 2 p.m. Thursday, Nov. 12, 2015 at the First United Methodist Church in York with the Reverend Art Phillips officiating. Burial will be in the Plainfield Cemetery west of Bradshaw. Memorials may be directed to York Adopt-A-Pet. Visitation begins after 3 p.m. Tuesday and continues into Wednesday from 9 - 9 p.m. with his family greeting friends later that evening from 6:30 – 8 p.m. at the mortuary.

Casual attire is requested for services.  ​