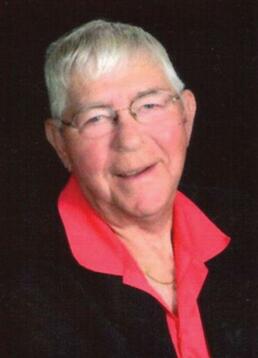 On March 18, 2016, Melvin “Dean” Nickels, surrounded by his wife and children, entered into his heavenly home after a long fought battle with cancer.

Dean was born on Jan. 9, 1937 in York. He was the youngest son born to Roy Lee and Stella Mae Nickels of Bradshaw. Dean was married to his high school sweetheart Patricia Ann Piper of Benedict on June 12, 1955. She preceded him in death on March 3, 2003. Dean then married lifelong friend Connie Jones-Haggadone of York on June 4, 2004.

Dean is also survived by his father-in-law, Gale Jones and beloved pets, Charrla and Khloe as well as a host of nieces, nephews and extended family.

Dean was employed by Champion Home Builders for forty-four and ½ years retiring in 2004. He was currently working at Scott-Hourigan Company of York. He was a member of First United Methodist Church and was baptized in March of 2015.

A Celebration of Dean’s Life will be held at 2 p.m. Saturday, March 26, 2016 at First United Methodist Church in York. In lieu of flowers, memorials may be directed to the family for later designation. Dean has been cremated and there will be no viewing or visitation.  ​