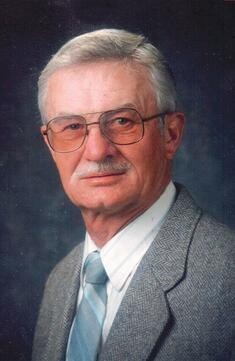 Melvin Braden passed away peacefully at the age of 81 on Thursday, Jan. 28, 2016 after a brave battle with dementia.

Melvin was born June 3, 1934 in Geneva to Thomas and Elizabeth (Schropfer) Braden. He graduated from Geneva High School, married Nancy Kops, had two children and farmed near Benedict. He then moved to York and married Claudia Keefer in 1971.

Known by all as “Mel”, he was a member of St. Joseph Catholic Church and a member of Elks Lodge #1024. He worked for the City of York as Parks Foreman for 40 years and is one of the few who has been honored with a Key to the City upon his retirement in 2013. Mel previously owned the Club House Café in York and loved to putter around in his garage.

He is preceded in death by his parents; his son, Jerry Braden and step-son, James Keefer.

A Mass of Christian Burial will be held at 10 a.m. on Monday, Feb. 1, 2016 at St. Joseph Catholic Church in York and burial following at Greenwood Cemetery in York. A rosary service will be held at 6:30 p.m. on Sunday evening at Metz Mortuary. Cremation, no viewing. Mel’s family will greet friends after the rosary service at the mortuary.

The family requests donations, in lieu of flowers, and in memory of Melvin Braden to be made to Alzheimer’s Research at Alz.org/Nebraska or Alzheimer’s Association, Nebraska Chapter, 11711 Arbor St., Suite 110, Omaha, NE 68144. ​