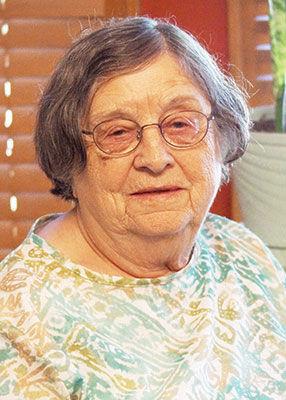 She was born Oct. 11, 1926 to Henry and Jessie Smith at Stromsburg.  Maxine was a resident of the York County area most of her life.

She and her husband, LeRoy Peterson, who has preceded her in death, owned a local business providing auto and furniture upholstery services to the area for 44 years.  Maxine was a member of the First United Methodist Church in York and had received recognition for 75 years of service to her church and to her Savior.

Funeral services will be held at the First United Methodist Church on Monday, May 18, 2015, at 10 a.m. with the Reverend Art Phillips officiating.  Interment will follow at the Stromsburg Cemetery.  Visitation is 1 to 9 p.m. on Saturday and Sunday at the mortuary. The family will be greeting friends and neighbors from 6:30-8 p.m. on Sunday, May 17th.

In lieu of flowers, memorials may be directed to the First United Methodist or to the family for later distribution.   ​