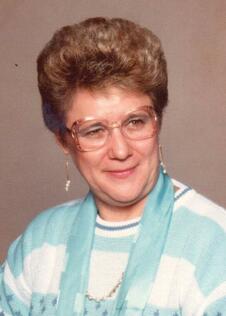 She was born Oct. 25, 1943 at Gresham to Alvin and Darlene (Hedrick) Kath. Mavis and Francis Joseph “Bud” Neville Jr. were united in marriage on Feb. 19, 1966 in York.  They made their home in York where Mavis worked as a cashier. Her main focus was taking care of her home and family. She was a member of St. Joseph Catholic Church in York and enjoyed coaching softball, bowling, and trucking with her husband.

Mavis was preceded in death by her parents; husband and infant child born at rest.

Funeral services will be held at 10 a.m., Saturday, Dec. 20, 2014 at the Metz Chapel in York. A Rosary will be said Friday evening at 7 p.m. at the mortuary. Visitation will be from 5-9 p.m. Thursday and from 9 a.m. - 9 p.m. Friday with the family greeting friends one hour prior to the Rosary.  Memorials may be directed to the family for later designation.​