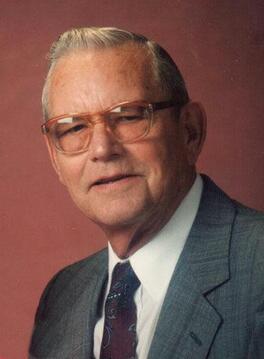 He was born Dec. 6, 1924 in Bradshaw to Samuel and Mary (Kalous) Radcliff. Dean served in the Army Air Corp during WWII in England, France, Germany and Belgium. He was united in marriage to Camelia Roberts on Oct. 16, 1945. He was a member of the First Christian Church in York.

Preceding him in death were his parents; brothers, Darrel and Joe and sisters, Virgie Christiansen, Cecile Allen and Lorna Weins.

Funeral services will be held at 2 p.m. Thursday, Jan. 8, 2015 at First Christian Church in York. Interment will be in York’s Greenwood Cemetery. Visitation will be from 5-9 p.m. Tuesday and from 9 a.m. - 9 p.m. Wednesday at the mortuary, with the family greeting friends from 7-8:30 p.m. Wednesday. Memorials may be directed to the family for later designation.
​
Condolences may be emailed to Metz Mortuary Messages will be given to the family.