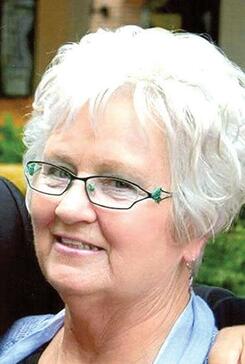 She was born Nov. 18, 1947 in York to Maurice and Aliene (Thompson) Donaho. Maureen was a 1965 graduate of York High School. She was united in marriage to Gary Sloan on March 27, 1982 in York. Over the years Maureen worked at several businesses in the York area including The Holland House, Dale’s Electronics, York General Hearthstone, Walmart and Pamida Pharmacies, and most recently, AseraCare Hospice. She was a member of the First Presbyterian Church and president of the Does in York.

Maureen was preceded in death by her parents; brother, Richard Donaho and a granddaughter, Forrest Hughes.

Funeral services will be held at 10 a.m. on Monday, Aug. 8, 2016 at the First Presbyterian Church in York with the Reverend Mike Eickhoff officiating.  Interment will follow at Greenwood Cemetery in York. Visitation will be from 1-9 p.m. Sunday at the mortuary with the family present to greet friends Sunday evening from 5 - 7 p.m. Memorials may be directed to Adopt-A-Pet in York.​