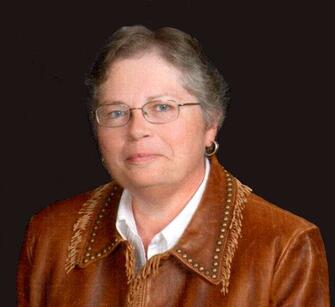 She was born August 29, 1949 in North Platte, Neb. to Robert and Wilma (Shavlik) Hoagland. Mary was co-owner of McNeill Floral in York and was also a longtime employee of Sapp Brother’s in York as well. She was a member of the First Presbyterian Church in York, Delta Kappa Gamma, loved to bake Kolaches and was once an avid golfer.

She loved animals especially horses, was a member of the Nebraska Horse Club and was a fierce Husker football fan. Mary graduated from Ainsworth High School, received her Bachelor’s Degree from Wayne State College in Physical Education and a Master’s Degree from the University of Northern Colorado.

She is survived by her husband Dale, daughter Molly McNeill and grandson Cooper McNeill all of York. Also surviving is her father-in-law Marion McNeill also of York and a host of other family and friends.

She was preceded in death by her parents, mother-in-law Ardith McNeill and two sisters-in-law Janice and Marilyn.

Memorial services are scheduled for 2 p.m. Friday, September 11, 2015 at the First Presbyterian Church in York with the Rev Michael Eickhoff officiating. Private family inurnment will be held at a later time. No visitation or viewing as Mary was cremated. Memorials may be directed to the family for later designation. Mary’s family will greet friends and neighbors Thursday evening at the mortuary from 7-8:30 p.m.  ​