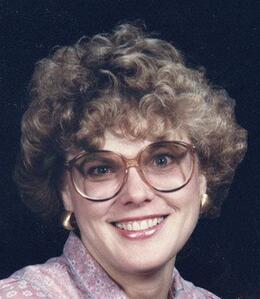 Mary worked alongside her husband for many years at Charlton Upholstery Shop in York. She earned her Education Degree from York College, and worked as a substitute teacher for several years. Mary enjoyed her cats, ‘Little One’, ‘Big Stuff’ and ‘The Bug’. When spring came around, she loved potting plants and flowers on her porch. Mary’s true love was attending garage sales and antique sales. She had a booth at Prim & Proper, and also at Mr. Dukes Mercantile to display and sell her treasurers. She enjoyed taking rides in her old El Camino and her 1941 Chevy two-door Sedan.

She is survived by her husband, Dale of York; her, son Jeffrey Charlton of Elkhorn; grandchildren, Gabriel Dean Charlton and Jakob Keefer Charlton both of Elkhorn; her sister, Karren Radcliff of York along with several nieces, nephews and friends.
She was preceded in death by her parents, Maurice Dean and Camelia Radcliff and parents-in-law, Gerald and Winifred Charlton.
​
Funeral services will be held 10:30 a.m. Friday, June 23, 2017 at the First Christian Church in York with Pastor Penny Schulz officiating. Burial will follow in Greenwood Cemetery, York. Visitation will be held from 1 – 8 p.m. Wednesday, June 21, 2017 and from 9 a.m. – 8 p.m. Thursday, June 22, 2017, with the family greeting friends between 6 – 7:30 p.m. Thursday evening at the mortuary in York. Memorials may be directed to the family for later designation.
Condolences may be emailed to Metz Mortuary Messages will be given to the family.