Mary Ellen Blatchford
Mary Ellen Blatchford, age 96, of York, NE, died Thursday, October 11, 2018 at York. She was born June 4, 1922 in Coleridge, NE to Morris and Hazel (Tidemann) Bailey. She graduated from Coleridge High School in 1939 and attended Wayne State College. She taught 2 years in rural schools and worked for 4 ½ years in a rationing office during WWII.

She was married to Howard Blatchford on August 4, 1946, and they were the parents of Bill and Beth. Mary Ellen loved crafts, and gave thousands of crocheted Easter bunnies to her friends. She enjoyed reading so much that she said that she was almost antisocial. She also wrote many, many letters.

Mary Ellen was a long time member of the First United Methodist Church in York. She was the secretary of various church circles in a number of congregations for over 60 years. Past Matron of the Order of the Eastern Star, and Past President of the Legion Auxiliary, and a member of the Daughters of the Revolution.

She was preceded in death by her parents, husband in 1999, and sister Wilma.

Memorial services are scheduled for 10:00 am, Tuesday, October 23, 2018 at the First United Methodist Church in York, with the Reverend Art Philips officiating. Inurnment will follow at Greenwood Cemetery, York. There will be no viewing or visitation as it was Mary Ellen’s wish to be cremated; however, her family will greet friends Monday evening, October 22, from 6:00 – 8:00 PM at the mortuary in York. Memorials may be directed to First United Methodist Church or to Epworth Village. 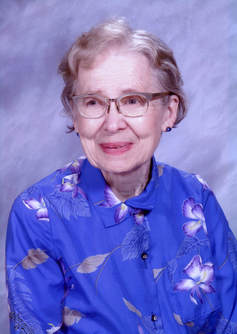