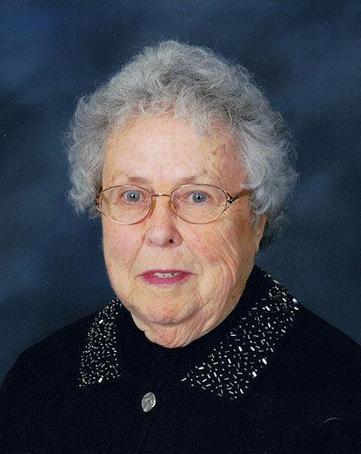 She was born July 14, 1932 in Oelwein, Iowa to Howard Lee and Hazel Marie (O’Brien) Cross. On Nov. 27, 1954 she was married to Peter J. Spanjers at Oelwein, Iowa. She worked for the Schuyler Sun Newspaper, and as a Para-Educator for York Public Schools.

Dee was a member of St. Joseph Catholic Church, the St. Joseph Altar Society, and the York General Hospital Auxiliary. She enjoyed playing cards and belonged to several bridge clubs. Dee loved reading, quilting, cross word puzzles, golfing, traveling, and antiquing, but the joy of her life was her family, especially her grandchildren and great-grandchildren.

​A Mass of Christian Burial will be held 10 a.m. Wednesday, Dec. 27, 2017 at St. Joseph Catholic Church, York with the Reverend Monsignor James Reinert officiating. Interment to follow at St. Joseph Catholic Cemetery, York.
A Rosary service will be held at 6:30 p.m. Tuesday, Dec. 26, 2017 at Metz Mortuary, with family greeting friends after the Rosary. Visitation will be held from 3-8 p.m. at the mortuary in York. Memorials may be directed to the family for later designation.
​Metz Mortuary, York is handling arrangements.