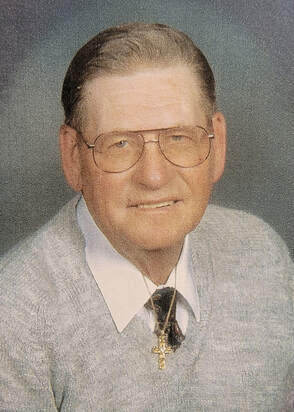 Marvin Ray Hilton, age 85 of York, NE died Tuesday, December 13, 2022 at his home. He was born on June 30, 1937 in a farm house at Farnam, Nebraska. Shortly after he was born, his family moved north of Lexington until he was in 5th grade. They then moved to Cozad where he attended District 85 School and graduated from Cozad High School in 1955. While in school, Marvin was a standout athlete competing in football, baseball, and track.

After high school he took a job with Nebraska Natural Gas until he was drafted into the United States Army in 1960. He served during the Cuban Missile Crisis and was honorably discharged in 1967.

In 1961, Marvin was united in marriage to Donna Jean Hilker and to this union two children were born: Robin and Vicki. Marvin and Donna later divorced.

Marvin was an automobile salesman in Lexington, Kearney, and York until 1986.

On January 4, 1986, Marvin married Carol Cudaback (Wells) in York. Together they adventured and managed motels for the next 25 years in Wyoming, Omaha, Marysville, KS, Cozad, and Kearney.

He loved going dancing with Carol, taking family out to eat, coffee, and sports. He enjoyed socializing with his friends in Kearney and York and talking to others on Facebook.  Through all of his health trials, Marvin remained positive and always counted his blessings.

He is also survived by his grandchildren: Kara Hilton and Cassie Hilton of Humeston, IA, Aaron (Claire) Hilton of San Diego, CA, Broderick (Rachel) Olson of Texas, and DeAnna (Ricky) Olson-Roy of Omaha, two great grandchildren: Briella Roy and Ryelah Roy, and many nieces and nephews.

He is preceded in death by his parents, brothers Leonard and Orville, and sisters Doris and June.

​Funeral services with military honors are scheduled for 11:00 a.m. Monday, December 19, 2022 at the First United Methodist Church in York with the Reverend Trudy Hanke officiating. Following the service, Marvin will be cremated and inurnment will be held at Exeter Cemetery at a later date. Visitation will be held Sunday, December 18, 2022 from 1-8 p.m. with family greeting friends from 2-4 p.m. at the Mortuary in York. Memorials may be directed to the family, The American Legion, or York Eagle’s Club.