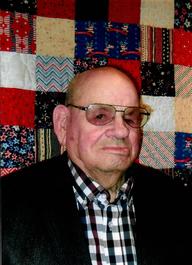 Marvin Walter Haack of York, NE was called home Monday, October 29, 2018 at the age of 87 years in Lincoln, NE. He was born in Friend, NE to Anna (Zastrow) Haack and Marcus Walter Haack on July 10, 1931. Marvin was baptized into the Christian faith in Cordova, NE and confirmed at Emmanuel Lutheran Church in York.

He attended and graduated from Bradshaw High school in 1948. On April 24, 1954 he was married to Betty Mitchell at Anderson, Indiana.

Marvin was conscripted into the United States Army in November of 1951 and served during the Korean conflict until December of 1954. During his service, he met Betty Mitchell at Camp Pendleton, Indiana and following his discharge from the Army, they were married and moved back to York to farm with his father and raise their family. To this union, four children were born: Judy, Donna, Michael and Alan.

Funeral services are scheduled for 10:00 am, Friday, November 2, 2018 at Emmanuel Lutheran Church, York. Burial with military honors will follow at Greenwood Cemetery, York. Visitation will be from 1-8:00 pm Thursday, with his family greeting friends from 6-8:00 pm at the mortuary.  Memorials may be directed to the family for later designation.