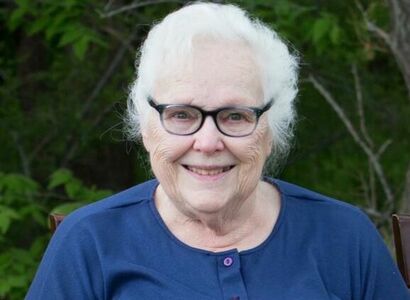 Martha married Melvin Bresee on August 1948.  They owned a hardware store in Burke, before relocating to York where they owned and operated the Culligan Water.  After Melvin passed away in 1980, Martha worked at Goodrich Dairy and then The Hearthstone.  She volunteered for many years at Blue Valley Community Action.  She enjoyed water exercising with the senior citizens, socializing at the senior center, and gardening.  Martha enjoyed her grandchildren and great-grandchildren.  She also loved her dogs.

Martha was preceded in death by husband Melvin; 14 brothers and sisters; both parents; and son-in-law, Jim Bristol.

Funeral services are scheduled for 10:00 am, Saturday, March 2, 2019 at Metz Chapel, York. Burial will follow in Greenwood Cemetery, York. Memorials may be directed to family for later designation. Visitation will be held on Friday from 1-8 pm with family greeting friends that evening from 6-7:30pm at the mortuary.