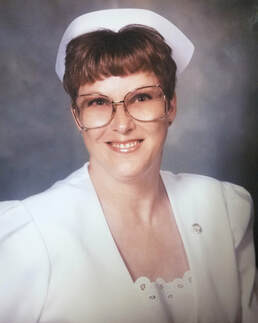 Marsha Blanche Bristol (Long), 67, of rural Utica/Beaver Crossing, NE, died May 5, 2018 at her residence in Vacaville, CA, after a long and courageous battle with cancer. Marsha was born in Grants Pass, OR, on Sept. 8, 1950, to John E. and Jenny “Deanne” Long. She had one brother, Stuart Long, who now lives in Medellin, Colombia.

Marsha worked at a variety of jobs to include: working with her father at a vending company, as a waitress at Chesterfield’s Kitchen, in the gasoline business, and as a receptionist at Pepsi and Lincoln Steel. Ultimately her love of caring for people led to her to pursue her dream of becoming a nurse.  She attended Nebraska Wesleyan University and Bryan School of Nursing, becoming a Registered Nurse in 1997. Marsha worked at a number of skilled nursing facilities, hospitals, and care centers in surrounding communities, but spent the majority of her career at Lancaster County Manor in Lincoln, NE. Nursing was her final and most rewarding career.  She held her license, never fully retiring, until she passed away in 2018.

Marsha most enjoyed spending time with her family and friends. She loved outdoor activities like camping, going to the beach, sailing, boating, as well as playing and coaching softball. She was a member of the USBC association and bowled on a men’s/women’s league in Utica, NE until the passing of her late husband Morris.

She had a passion for fashion and was proud of her “extensive fabric and pattern collection”, she loved beautiful shoes, handbags, and of course dressing up for every occasion.  She loved shopping for the newest fashions, sewing, crafting, and painting. She was also an avid reader and loved watching movies.

She is preceded in death by her parents John and Jenny Deanne Long, father-in-law and mothers-in-law Milton Bristol, Betty Bristol (Morris), and Iona Bristol (Gray) and her husband Morris F. Bristol.

Memorial services are scheduled for 10:00 am, Friday, May 18, 2018 at Ebenezer United Methodist Church, south of Waco, with the Reverend Tamara Lou Holtz officiating. Inurnment to follow at the Ebenezer United Methodist Church Cemetery. There will be no viewing or visitation as it was Marsha’s wish to be cremated. Memorials may be directed to the Kiwanis House of UC Davis, or to the family for later designation.