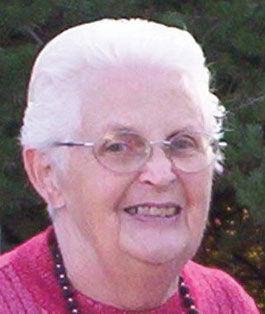 She was born Feb. 18, 1931 in Lincoln to Paul and Edna (Zimmerman) Pflughaupt. She was a 1949 graduate of York High School and in 1950 was married to Gerald Carlson. Gerald died in April of 1955 and Marlene was later married to Victor J. Schlender on April 5, 1959 at York. The couple was married for 49 years before Vic’s death in 2008. Before retiring, Marlene worked several businesses in the York area including Dr. Callahan’s Chiropractic, Consumer’s Public Power, Orscheln’s and Pioneer Seed Company.

Marlene was a member of Emmanuel Lutheran Church in York, was a part of the Stephen’s Ministry and was on the stewardship committee. She also belonged to the York Lion’s Auxiliary, the American Legion Auxiliary, and the VFW Auxiliary. Marlene was a people person and she enjoyed visiting people at the Hearthstone and helping people where ever she could.

Marlene is preceded in death by her parents; husbands and an infant sister and step-father, Max Beach.

Funeral services will be held at 2 p.m., Friday, Sept. 30, 2016 at Emmanuel Lutheran Church in York with the Reverends Mike Neidow and Ben Kaiser officiating. Interment will follow in York’s Greenwood Cemetery. Visitation will be from 5-9 p.m. Thursday at the mortuary with the family greeting friends from 7-8:30 p.m. that evening.  Memorials may be directed to the church or Tabitha Hospice.​