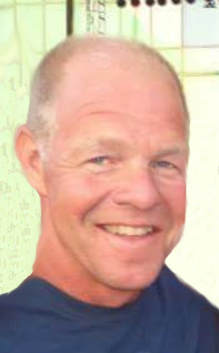 Mark’s life was focused on his family and together they enjoyed travel, fine food, camping, and whatever next thing the kids enjoyed doing. Mark was a member of the Aquatic Talum Dive Club as he enjoyed exploring caves as an experienced cave diver. Mark loved being a successful farmer but knew how to live life to the fullest by attending Jimmy Buffett concerts, dressing up for Halloween, and creating memories with family and friends.

He is survived by his wife Abbie of Lushton, his children; Ruby, Siddalee and Miles Kliewer all of Lushton. His brothers; Bryan (Suzanne) Kliewer of Plattsmouth, NE and Steven (Kerri) Kliewer of Henderson.  Also surviving is his sister-in-law Audra (Reuben) Starkey of Henderson, his father-in-law William Young  of McCool Jct, NE and father-in-law Brian (Mary) Robson of Neola, IA. Also his grandmother-in-law Marolyn Robson of Lincoln, NE. Aunts, uncles, nieces, nephews and a large host of friends. He was preceded in death by his parents, mother-in-law Mary Young and Mary’s brother, Bill Grant.

Memorial services will be held at 10:00 a.m., Monday, June 11, 2018 at the McCool Junction United Methodist Church with the Reverend Ralph Gaines officiating. Beach casual attire is encouraged for the service. Mark’s wishes were to be cremated so there will be no viewing; however, his family will greet friends Sunday afternoon from 4-7:00 p.m., at Metz Mortuary in Henderson. Private family inurnment to be held at a later date in the Farmer’s Valley Cemetery near Henderson. Memorials may be directed to his family for later designation.