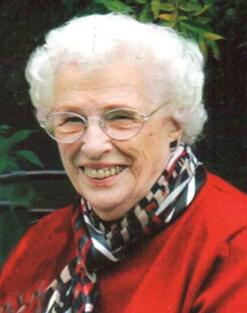 She was born Nov. 2, 1918 at rural York to Herman and Myrtle (Shafer) Brunk. Marjorie and Denzil McClatchey were married on Nov. 22, 1942 at Fort Slocum in New Rochelle, N.Y.

She is survived by her husband of 73 years, Denzil of York; two daughters, Nancy Gocke of Waco and Donna (Kelly) Epp of Lincoln; grandchildren, LaShelle (Mike) Zimmer of Syracuse, Angela (John) Hild of Stromsburg, Amie Bybee of Omaha, Josh (Pam) Epp of Nebraska City and April (Andrew) Buttermore of Omaha.

Funeral services will be held at 10 a.m. Saturday, Oct. 29, 2016 at the First United Methodist Church in York with the Reverend Art Phillips officiating.  Burial will be in York’s Greenwood Cemetery.  Visitation will be from noon until 8 p.m. Friday at the mortuary with the family present to greet friends that evening from 6 – 8 p.m. Memorials may be directed to the family for later designation.​