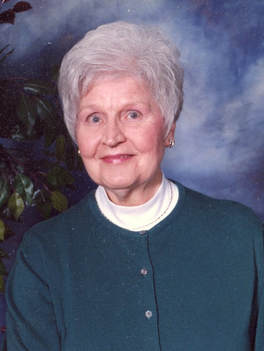 Marian D. Gruber, 92, of Lincoln, formerly York and rural Waco, Nebraska, passed away on September 17, 2018. She was born August 23, 1926, in rural York County to Paul E. and Anna (Richert) Alms.  She was baptized and confirmed into the Christian faith at St. Paul’s Lutheran Church northeast of York.  Marian attended St. Paul’s Parochial School and was a 1944 graduate of Benedict High School.

Funeral services are scheduled for 10:00 a.m., Friday, September 21, 2018 at Emmanuel Lutheran Church in York with the Reverend Ben Kaiser officiating. Burial will be in the Zion Cemetery near Thayer. Visitation will be Thursday from 9:00 a.m. – 8:00 p.m., with her family greeting friends from 5:00 – 7:00 p.m., at the mortuary. Memorials may be directed to her family for later designation.