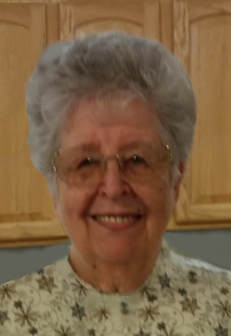 Margel Frances Fassnacht, age 77, of York, NE, died Thursday, August 16, 2018 at York. She was born December 12, 1940 to Douglas Hiram and Frances Pauline (Ostlund) Walter at Fergus Falls, MN. She graduated from Franklin High School in Seattle, WA in 1958.  On August 3, 1974 she was united in marriage to Dwight Fassnacht in McCool Junction, NE.

Margel was a member of First Evangelical Lutheran Church in McCool Junction. She was a member and officer of the WELCA where she wrote and presented children sermons for many years. Margel had been a member of Community Club and they were honored as King and Queen, a charter member of the McCool Garden Club, and editor of the Blue River Ripple.

Margel was a homemaker and farmwife. She loved to share her talents with others in any way she could by teaching bread classes, chinese food cooking classes, and hosting stamp camps. She loved to collect coins and stamps.

She is also survived by brothers Dexter (Kay) Walter of Aurora, OR and Stanley (Kerri) Walter of Port Orchard, WA; sisters Paulette (Dale) Westburg of Arden Hills, MN and Julene (Gary) Hayett of Enumclaw, WA, and many nieces and nephews.

She was preceded in death by her parents, husband, brother Gary Walter and Chong-Hui, grandson Gilbert Hirsch, sister-in-law Jan Walter, and many in laws.

Memorial services will be held at 2:00 pm, Thursday, August 23, 2018 at First Evangelical Lutheran Church in McCool Junction with Jim Germer and Ralph Gaines officiating. Inurnment will follow at Greenwood Cemetery, McCool Junction. It was Margel’s wish to be cremated; however, the family will greet friends and neighbors from 6:00 – 7:30 PM, Wednesday, August 22, at the mortuary in York. Memorials may be directed to the Alzheimer’s Association or family for later designation.